Sheikh Abdullah bin Zayed Al Nahyan, Minister of Foreign Affairs and International Cooperation, met with Indian External Affairs Minister Subrahmanyam Jaishankar. Under the framework of the comprehensive strategic partnership between India and the UAE, the two ministers discussed ways to strengthen historic UAE-India relations during their meeting in New Delhi. 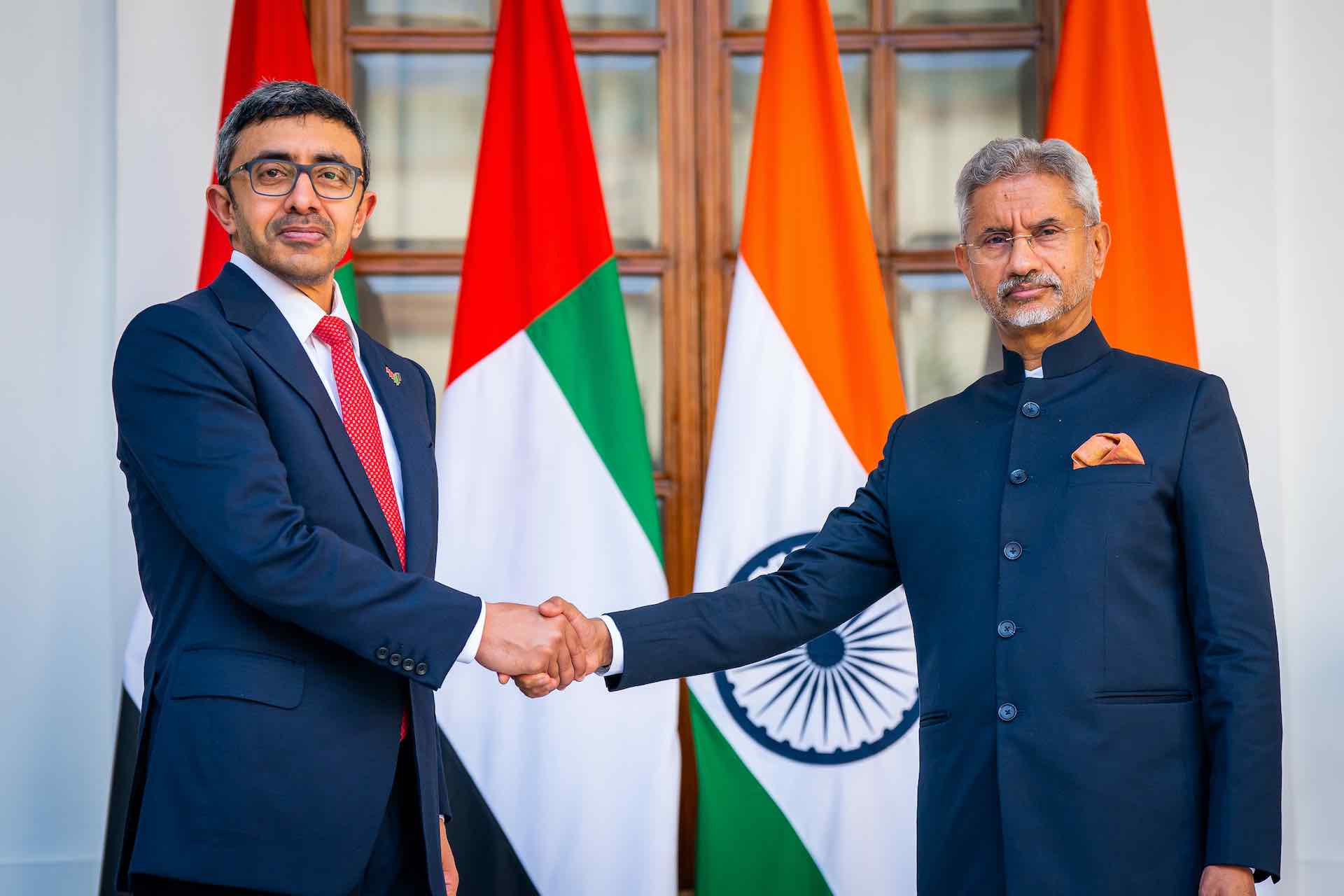 As part of the Comprehensive Economic Partnership Agreement (CEPA), which their countries signed in 2022, they also discussed prospects for boosting trade and economic bilateral relations. In addition, the meeting discussed strengthening collaboration between the two countries in the health and technology sectors, as these sectors are key to their development.

In addition to discussing issues of mutual concern, Sheikh Abdullah and Jaishankar also touched on the latest regional and global developments. Aside from India’s priorities as the President of the Group of Twenty (G20), the meeting focused on ways to strengthen UAE participation in the Group’s activities, in which the UAE will serve as a guest country for the second consecutive year. Due to its crucial role in driving sustainable development, the private sector in both countries is expected to contribute significantly to the G20’s activities.

UAE-India cooperation was also reviewed at the multilateral level, including through existing partnerships such as the I2U2 Group and future cooperation opportunities with BRICS, an informal group of Brazil, Russia, India, China, and South Africa, and the Shanghai Cooperation Organization. India and the UAE have strong historical relations, and their partnership has resulted in many achievements that contribute to sustainable development, according to Sheikh Abdullah.

The UAE-India CEPA outlines our plans for enhancing our economic cooperation to reach our ambitious goal of US$100 billion in non-oil trade in the next five years, Sheikh Abdullah added. He underscored that the various successes achieved through UAE-India ties are the fruits of the visions of their leadership to establish a world-leading model of partnership and cooperation that boosts sustainable economic growth and prosperity.

Sheikh Abdullah expressed his eagerness to see a new and prosperous chapter in their countries’ cooperation and multipartite work that would contribute to raising their status regionally and globally. He continued to highlight the UAE’s keenness to further its participation in the G20 during India’s presidency. In addition, he supported the private sector’s participation in the group’s work.

60,000 Coronavirus deaths confirmed by China as WHO…

Donors pledged over $9 billion to help Pakistan recover from…